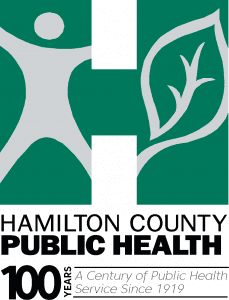 What Public Health Has Been Doing for the Last Century

Back in 1919, two forward-thinking legislators decided that Ohio should be divided into health “districts,” each with its own functioning health department. The 1919 Hughes-Griswold Act created a public health model by organizing local health districts into city and county areas of populations of 25,000 or more.

And the rest, as they say, is history, as average life expectancy in the 20th Century increased by 30 years! According to the Centers for Disease Control and Prevention (CDC), 25 years of this increase is directly attributable to public health.

At the dawn of the 20th Century, infectious diseases like smallpox, diphtheria, typhoid, polio and cholera were commonplace. In came public health with vaccination and sanitation programs. When is the last time you heard about an outbreak of any of these diseases?

Many of us are old enough to remember the prominence of tobacco in our society. Movies and advertising glamorized smoking. Physicians recommended cigarette brands. The nation’s chief public health officer, the surgeon general, authored a report in 1964 resulting in massive societal changes to de-glamorize smoking, encourage people to quit, and reduce exposure to environmental tobacco smoke. Since 1964, smoking has been significantly reduced in our society; attitudes toward smoking have shifted 180 degrees; and most important, millions of lives have been saved.

As our society became more dependent on motor vehicles, public health was at the forefront of safety, encouraging safer engineering in cars and trucks; adding seatbelts for cars and promoting helmets for motorcycles; championing safer car seats for infants and children; and addressing impaired driving. All of these have contributed to reductions in motor vehicle-related deaths.

As we begin our second century of service, while much of the public health landscape remains the same, a considerable portion is new turf. Opioid use disorder has required public health to implement harm-reduction strategies, such as comprehensive bloodborne infectious disease prevention initiatives, providing overdose reversal medication, and working to get people into treatment.

September 11, 2001 brought about significant changes in health response. While we are not first responders, we work closely with them and have established a county-wide system of medication distribution in the event of a bioterrorism incident or disease outbreak.

Another new horizon is oral care. Public health is working to ensure that the most vulnerable of our society – seniors, low-income citizens, and those without dental insurance – have an opportunity to access dental care before oral disease has an opportunity to evolve into even more serious illness and infection.

At the end of the day, we measure public health effectiveness through two important measures: life expectancy and infant/maternal health. While we have made significant strides in both over the last century, there remains much work to do.

I invite you to visit our website at www.hcph.org for a bit of historical perspective on public health in Hamilton County and the U.S. We’ll be sharing different aspects of our operation and its history throughout 2019.

Click here for the 100 year timeline for our Agency.