WeTHRIVE! Initiative One of 25 Nationally Recognized 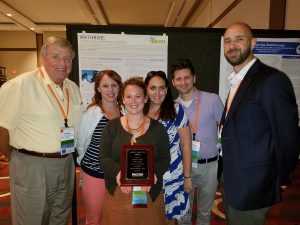 “The beauty of WeTHRIVE! is that it puts communities in charge of health,” says Tim Ingram, Hamilton County health commissioner.  “Hamilton County Public Health provides data and organizational support for their teams, but ultimately, the communities drive long-lasting changes for their health improvement,” Ingram says.

Following are comments about the WeTHRIVE! initiative from members of participating communities:

“ WeTHRIVE! has given Mt. Healthy the guidance and infrastructure to focus our attention on the health needs of our community. Through this collaboration, Mt. Healthy has secured the funding and resources necessary to revive youth athletic programs, introduce adult fitness programs, expand community gardening, promote diabetes prevention, and generate a new excitement for community health. WeTHRIVE! has succeeded to create an effective model for public health advocacy, community empowerment, and civic engagement that should be duplicated in other government agencies.”

“The WeTHRIVE! team in general is a joy to work with. They are always positive, poised, and community-focused. I thank WeTHRIVE! for being a blessing to the City of Forest Park!”

“WeTHRIVE! has formed a partnership with our community to work on health and drug abuse issues.  They have helped us to raise awareness and implement prevention plans that are making a significant impact in our community.”