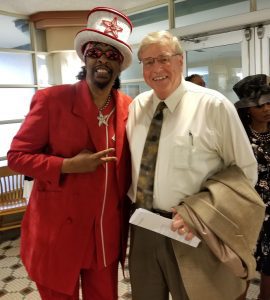 HAMILTON COUNTY, OH…….Health research has identified links between oral infection and a host of diseases, including cardiovascular disease, stroke and diabetes. Statistics show that oral diseases are very common, with more than 46 percent of U.S. adults affected with periodontitis and 92 percent with dental caries (cavities), both of which are highly preventable.

If you are like two-thirds of Americans, you have some form of dental benefits, 75 percent of which are from private plans and 25 percent from public benefits.  Based on a 2014 report, here in Hamilton County, 36 percent of adults 18-64 did not have dental insurance; 61 percent of those 65 and older had no insurance.  What happens to those without dental insurance?

In the U.S., some two million annual visits to the emergency room – 1.5 percent of all ED visits — are for non-traumatic dental conditions.  In Hamilton County, there were more than 11,000 dental-related emergency department visits during the latest year for which data is available.  Hamilton County’s rate of 1,339 adult emergency department visits per 100,000 population for dental issues is nearly 65 percent higher than the national average of 857, despite the fact that our dentist-to-population ratio exceeds that of the U.S.

What makes this troubling is that in addition to being costly, emergency departments are not equipped to handle dental issues.  Emergency care for dental issues in most cases results in prescriptions for infection and pain rather than treating the root (pun intended) problem.

So, how did we get here?  Since the early 1800s, dentistry and medical education have been separated. Dental education, regulation and practice are isolated from mainstream healthcare.  When medical schools were first established in the U.S., dentistry was not a recognized medical practice.  Today, the separation between medicine and dentistry manifests itself in a number of ways, including lack of dental insurance and the sharing of electronic medical records.

In the 60s and 70s, the majority of dental costs were covered out-of-pocket, while some 85 percent of the public held some type of hospitalization insurance.  It was difficult for insurance companies to characterize dental disease as they did for medical conditions, because oral disease did not directly result in catastrophic outcomes.  Later, insurance companies discovered that preventive care was a viable (read profitable) option, because most of the insured failed to take advantage of the pre-paid benefits.

As we have come to learn, dental health and overall medical health are inextricably linked.  Oral infections can be a primary cause for many serious medical conditions, as mentioned earlier.  Given what we know about the linkage, we should be working to share medical records across practices to fully understand diseases based in oral health.

There are also significant differences in oral care based on race, ethnicity and socioeconomic status.  For instance, 99 percent of elderly adults have some type of medical coverage, while only 38 percent have dental.  It stands to reason that the elderly, in particular, would benefit from more robust preventive and dental care.

According to the Healthy People 2020 study from U.S. Department of Health and Human Services, white, non-Hispanics had the highest rates of dental visits. Hispanics and African Americans, by contrast, had significantly lower rates.  Income disparity also plays a role in dental visits, with significantly higher visit rates for those at the top end of the economic scale.

This is obviously a public health issue in need of attention.  It is high time for health care and oral health to be better integrated.

Hamilton County Commissioner Todd Portune and I have put forth a proposal to use funding from the indigent care levy to study the issue.  Our proposal would engage the dental and healthcare communities, as well as other stakeholders in addressing the oral health needs of Hamilton County residents.  Long-term goals are to increase dental capacity and access for Medicaid and low-income, uninsured populations and to improve overall oral hygiene and appropriate utilization of dental services.

You will be hearing more about this proposal in the coming months.  In the meantime, we will be gathering data and engaging stakeholders to begin to turn this tide as quickly as possible.