HAMILTON COUNTY, OHIO……Few things are more tragic than the death of an infant, especially when many of these deaths are preventable.

Even though Hamilton County has seen a reduction in infant mortality – defined as the death of a child before a first birthday – Black babies are still dying at an alarming rate. However, infant deaths resulting from unsafe sleeping environments have remained constant since 2017, which provides insight into how to reduce these deaths.

Babies sleep most safely alone on their backs and in their own cribs or bassinets. Unsafe sleeping environments include co-bedding with parents, adults or other children; infants sleeping on couches or cribs filled with blankets, pillows and toys; or infants being put to sleep on their stomachs. 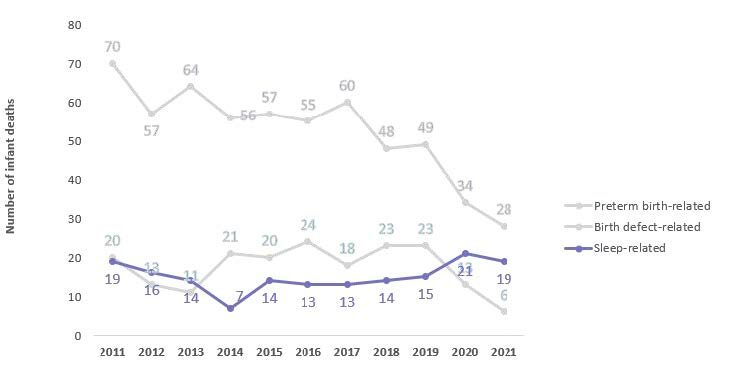 “Infant and maternal mortality are an important measure of the health of a society,” says Greg Kesterman, Hamilton County health commissioner. “The good news is that we’ve homed in on some very actionable data and are confident that we can make progress toward reducing some of these tragedies.”

Dr. Grant Mussman, interim health commissioner at the Cincinnati Health Department says increased education and communication targeted at vulnerable populations is the first step. “We have identified those at greatest risk. We must put culturally appropriate and nonjudgmental communication between doctors, clinicians and parents into play so that young mothers are aware of the dangers to their infants,” he says.

“October is Safe Sleep Month,” says Meredith Shockley-Smith, PhD, executive director at Cradle Cincinnati. “We will be heavily promoting safe sleep messaging and working directly in communities to advance best practices. Working together, we can make a difference.”