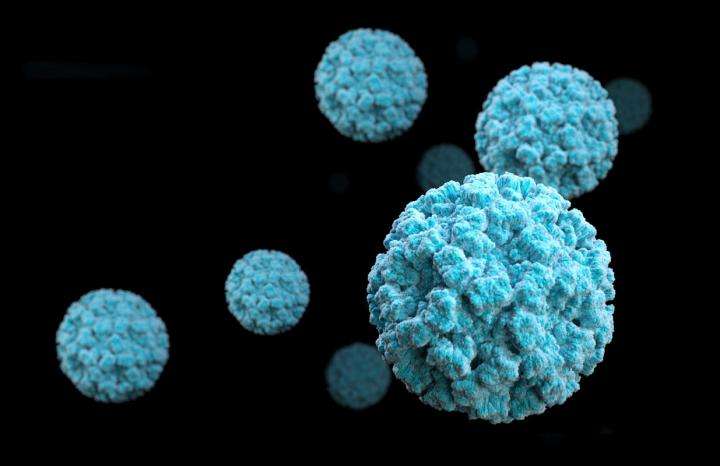 Noroviruses are a group of viruses that cause gastroenteritis (GAStro-en-ter-I-tis), in people. Norovirus is known incorrectly as the “stomach flu”. Norovirus is NOT related to the flu (influenza), which is a respiratory illness caused by a different virus. The term norovirus was recently approved as the official name for this group of viruses; previously it had been referred to as “Norwalk virus” or “Norwalk-like virus.”

What are the symptoms of norovirus infection?

Norovirus illness usually begins 24 – 48 hours after exposure, but can appear as early as 10 hours after exposure. Symptoms usually include nausea, vomiting, diarrhea, and stomach cramping. Sometimes people have a low-grade fever, chills, headache, muscle aches, and a general sense of tiredness. The illness is usually brief, with symptoms lasting only 1 or 2 days.

How Serious is Norovirus Disease?

Norovirus disease is usually not serious, but people may feel very sick. Most people get better within 1 or 2 days, and have no long-term health effects from the illness. Sometimes people are unable to drink enough liquids to replace what they lose from vomiting and diarrhea, and they can become dehydrated and need to see a doctor. This problem usually occurs only among the very young, the elderly, and persons with weakened immune systems.

How is Norovirus Spread?

Outbreaks also have occurred from eating undercooked oysters harvested from contaminated waters – cooking kills the virus. Drinking water contaminated by sewage can also be a source of illness.

Persons working in day-care centers or nursing homes should pay special attention to children or residents who have symptoms of norovirus. The virus can spread quickly in these types of facilities.

How Long are People Contagious

People infected with norovirus are contagious from the moment they begin feeling ill to at least 3 days after recovery. Some people may be contagious for as long as 2 weeks after recovery. Therefore, good hand washing is important. Persons infected with norovirus should not prepare food while they have symptoms and for 3 days after they recover. Infected people do not become long-term carriers of norovirus.

Who gets Norovirus Infection?

Anyone can become infected with these viruses. Because there are many different strains of norovirus, infection and illness can re-occur throughout a person’s lifetime.

What treatment is available for People with Norovirus Infection?

Currently, there is no specific medication or vaccine for norovirus. Norovirus infection cannot be treated with antibiotics. By drinking fluids, such as juice or water, people can reduce their chance of becoming dehydrated. Sports drinks do not replace the nutrients and minerals lost during this illness.

Do Infected People Need to be Excluded from School or Work?

Since the virus is passed in vomit and stool, children should not go to daycare or school while they have diarrhea or vomiting. Once illness ends, children can return to daycare, but hand washing must be strictly monitored. Persons who work in nursing homes, take care of patients, orhandle food should stay out of work until at least 48-72 hours after symptoms end.

Can Norovirus Infections be Prevented?

You can decrease your chances of becoming infected with norovirus by: