Health Commissioner & Board of Health 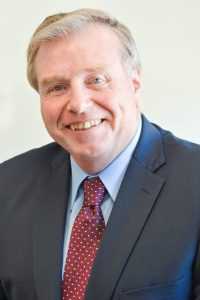 Commissioner Ingram lends his experience to several local, regional and state-wide organizations. At the local level, he serves on the Hamilton County Family and Children First Council and the Policy Committee of the Hamilton County Solid Waste District. He is a member of the Hamilton County Heroin Coalition, chairing the Harm Reduction committee. He previously served on the Board of Trustees with the Council on Aging.
In 2009, Commissioner Ingram was elected to the Mercy Health Partners Southwest Ohio Board of Trustees. In October of 2017, he received the Business Courier’s Outstanding Director’s Award for his service to Mercy Health.

From 2007-2009, Commissioner Ingram was chair of the Board of Trustees for Health Bridge, a nationally recognized regional health information technology organization. He is closely involved in the Cradle Cincinnati infant mortality reduction project with Cincinnati Children’s Hospital Medical Center. He currently is a member of the Board of Trustees of the Health Collaborative of Greater Cincinnati and chairs its Data Governance Committee.
In addition, he is a current member of Ohio’s Infant Mortality Commission, appointed by Governor John Kasich. Commissioner Ingram serves as Vice-Chair of Ohio’s Public Health Futures Committee — a committee composed of state and local leaders reviewing the health improvement planning process of Ohio’s local public health system.

In 2000, former Ohio Governor Robert Taft appointed Commissioner Ingram to the Ohio Tobacco Prevention and Control Foundation. He served the Foundation in several leadership positions, including as its chair from 2005-2007.

His leadership was acknowledged by the Association of Ohio Health Commissioners with the President’s Award in 2010 and the American Society for Public Administration—Greater Cincinnati Chapter when he was awarded the Public Administrator of the Year in 1996. In 2014, Commissioner Ingram was recognized by his alma mater, The Ohio State University, as a Champion of Public Health. In 2016, he received the Champion’s Award from the Ohio Injury Prevention Partnership for his work on substance abuse.

Commissioner Ingram holds a B.S. from The Ohio State University and a M.S. from the University of Cincinnati. He is a Registered Sanitarian with the State of Ohio. He holds memberships in the American Public Health Association and the National Association of County and City Health Officials. He has published several articles in a variety of professional journals. He is an adjunct instructor with the University of Cincinnati, teaching Health Policy\Advocacy and Management of Public Health.

Board of Health Officers